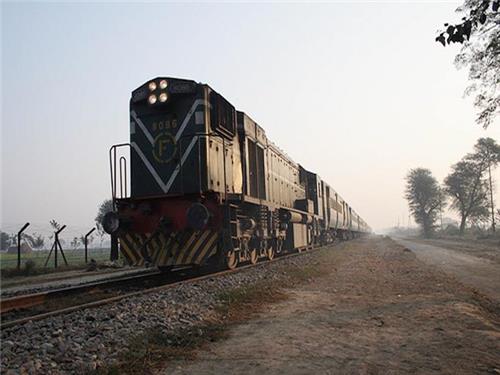 Samjhota Express is an international train that runs from Attari in India to Lahore in Pakistan. Until 2006, it was the only rail link between India and Pakistan. However, even with the reopening of Thar Express connecting Jodhpur in India with Karachi in Pakistan Samjhota Express has remained the most important linkage between the two countries. It is still the most popular mode contact between the residents of the two countries.

The Origin of Samjhota Express

It is true that India and Pakistan have fought four wars during sixty five years of their separate existence; but it is equally true that there is no enmity between the people of these two countries; culturally they are one. Many in India have relatives in Pakistan. In the same manner, many Pakistanis have kith and kin living in various parts of India.  However, because of the partition of India and the ensuing enmity between the two states, they lost touch with each other. Therefore, it was a boon to them when the Government of India and Pakistan decided to open up travel facilities for the nationals of the other country via Shimla Agreement. 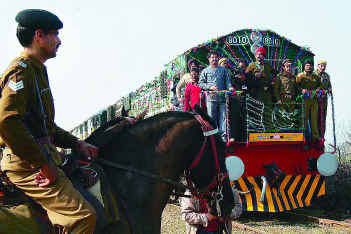 Indeed, Samjhota Express is one of the fruits of Shimla Agreement signed in 1972 by Mrs. Indira Gandhi of India and Zulfiqar Ali Bhutto of Pakistan. The service is being operated jointly by Indian Railways and Pakistan Railways.  The first train was flagged off on July 22, 1976.  Initially the train covered a distance of 42 km between Amritsar and Lahore. It was then a daily train and the rakes returned to the respective countries on the same day. 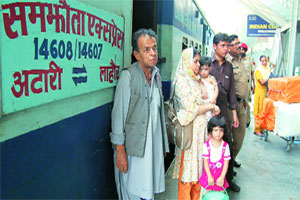 Because of the political turmoil in the subcontinent the service of the Samjhota Express had to be curtailed to a large extent. This was done keeping in mind the financial viability of the project, safety of the passenger and national security.

The service was first curtailed in late eighties in the wake of political upheaval in Punjab. Indian administration decided to terminate the service at Attari, which is the last railway station on Indian side. From then on, the actual Samjhota Express runs between Attari and Lahore, stopping at Wagah, Jallo and Mughalpura on the way. Incidentally, these three stations fall under Pakistan.

On Indian side, there is a separate train (Delhi-Attari Express), which connects Attari to Dellhi. Therefore, people wishing to visit Pakistan must first reach Attari by Delhi-Attari Express and submit for custom and immigration check before they can proceed any further. The passengers are also checked at Wagah, the first station on Pakistani side by the Pakistani authorities.

The train from Pakistani side stops at Attari. Here the passengers are required to get down and submit for custom checks before they are allowed to proceed any further. Earlier the same rakes were used for the entire journey; but today, passengers have to change train at Attari. 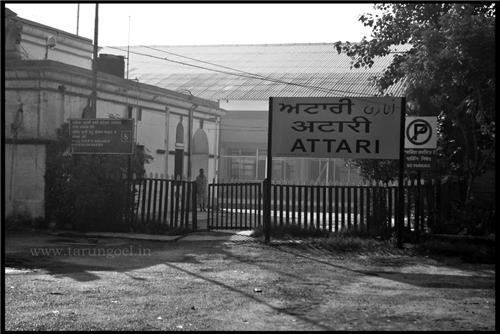 Another significant change took place in 1994. Until then, the train operated on daily basis; but from 1994 onwards, it became a bi-weekly train.  Following is the new schedule for the train:

Until 2000, rakes returned to their home country on the same day. From 2000 onwards, they started remaining overnight at the end station. The trains are provided security by the security agencies of the respective countries.

Sabotages and Breaks in the Service 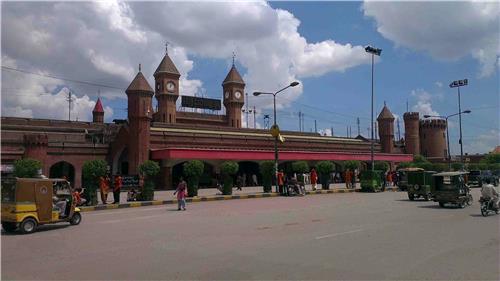 However, the service has had its share of sabotages and breaks. In 2007, the Delhi-Attari express was bombed. Sixty eight passengers were killed while scores more were injured.  Few military personnel, who were guarding the train, were also killed. Later it was found that suitcases full of improvised explosive devices (IED) and other inflammable materials were kept in crowded compartments, which went off when the train was nearing Panipat.

The first break in the service however, came on 1st January 2002. The Indian government terminated the service after the terrorist attack on Indian Parliament on 13th December, 2001. The service was however resumed on 15th January, 2004. The next break came after the assignation of Benazir Bhutto on 27th December, 2007. This was however done as preventive measure so that terrorists do not have any scope for hitting another high value target.

In spite of such hiccups, Samjhota Express has been running quite smoothly. It has not only been able to bring the people of the two nations closer, but has also played a significant role in improving bilateral trade. Let us hope it continues to do the good work and further increase the people to people contact.