Amritsar is famously known for its religious importance as a city. Every year there are a number of tourists who visit Amritsar to go to the religious spots. These places are extremely pious in nature and it is believed that the blessing you get here last a lifetime. No matter how busy one is in life, taking out time for this pious land is always on the top of the list. During auspicious occasions, Amritsar dons a completely different look. It looks as if the city is like a bride, decked up in light and celebration mood.
All these religious spots are great tourist destination otherwise. Even if one doesn’t follow the same religion, they still ensure to pay respect and see blessings.

For long Amritsar has been synonymous to a religious destination. If one aims to travel only in this respect, Amritsar is the most preferred choice. The beautiful temples, the peaceful gurdwaras reflect the teachings of gods and goddesses. 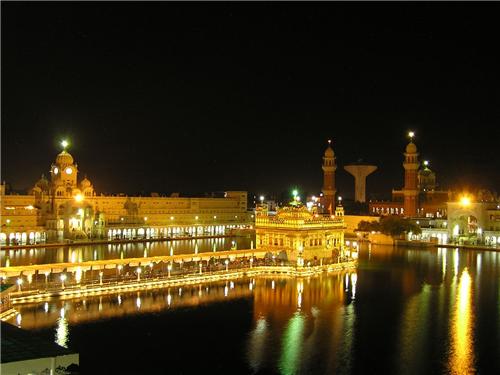 Known across Punjab as Harmandir Sahib, Golden Temple is the most religious and popular destination in Amritsar. It is so that the city is called the Golden City, because of this famous spot. The history of Golden Temple goes back to the origin of Amritsar. Right from the essence of Sikh culture to

the holy books of Sikhs, this place is the helm of it all. Not only as a religious spot, but Golden Temple is a tourist destination too. The site is famous as a museum and has a guest house where devotees stay. There is a bus service which is free of cost for the devotees. In short, Golden Temple speaks in volumes about Amritsar. It defines the city largely and holds the maximum crowd throughout the year. For anyone who visits Harmandir Sahib not only learns about Sikh culture but gets the blessings of the gurus too.

Being a religious destination, Amritsar not only has spots for Sikh culture but values all religions equally. It just so happens that there are more Sikhs and their worship places have helped and been important in the formation of the city. But even with this, there is a great care taken towards other religions. In Amritsar there is the Durgiana Temple, which worships Goddess Durga. This very temple is a popular spot and visited by people throughout the year. During Hindu festivals the temple lights up filled with celebration. 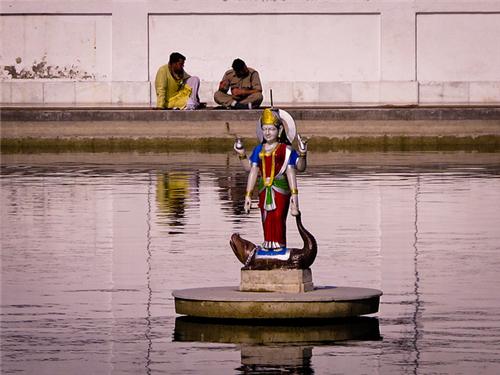 Situated close to the famous Golden Temple in Amritsar, Akal Takht is a beautiful and serene site in its own. Its importance religiously lies in the fact that it is the highest seat when it comes to Sikh authority. Built by the sixth Sikh Guru Hargovind Ji, Akal Takht is one of the most highly regarded spots of Sikh religion. In Amritsar, Sikhism is practiced as the most spread religion thus importance of places of Sikh interest increases automatically. Being the seat of Sikh authority, Akal Takht is visited every year along with other temples. Being close to the Golden Temple, there is ease of accessibility and immense popularity. 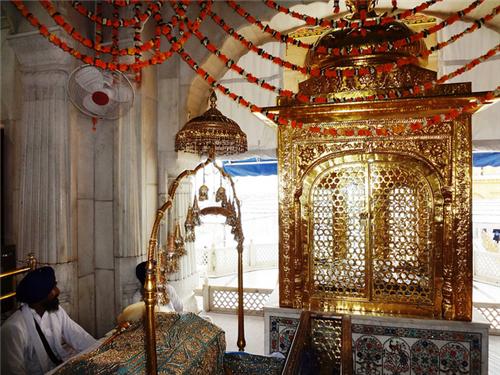 As mentioned above, every religion has a special place for itself in Amritsar. Named after its builder Mohammed Khairuddin, the holy spot is very close to Muslims. Highly regarded, it remains one of the major attractions in the city when it comes to religious spots. Jama Masjid Khairuddin is built remarkably and every detail remains intact till date. In its vicinity is present a mosque which sees Muslim worshipers and tourists who gather to feel the beauty and peace experienced. Historically too this place is important. 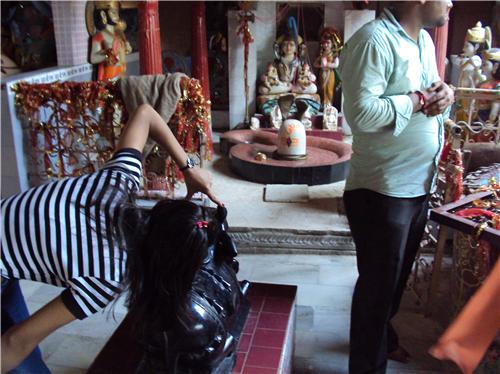 Even though Ram Tirath is located at some kilometers away from Amritsar, it is as famous as any destination within the city. Ram Tirath is widely known for its fair which takes place over a duration of four days. Goddess Sita is worshiped and tales from those times are shared with the public. The fair is counted as one of the most popular religious fairs in the country with people rushing in from all over the world to witness the grandeur. A religious spot otherwise, this place thus becomes a site which holds one of the most famous fairs in Amritsar.