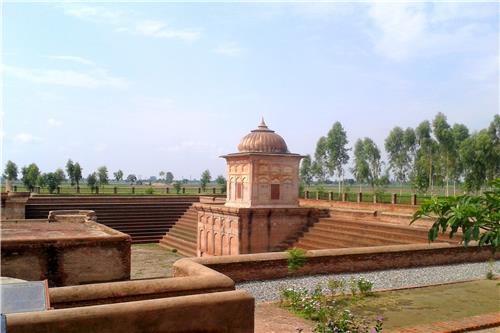 Pul Kanjari is located at a distance of 35 km from Amritsar Railway Station on Amritsar-Lahore Road close to the Wagha border. Daoka and Dhanoa Kalan are two important villages located nearby. The place has been associated with life of Maharaja Ranjit Singh ji and named after his favorite dancer Moran, who many researchers believe was also one of his favorite wives. Of late, it has been declared a World Heritage site by United National Educational, Scientific and Cultural Organization (UNESCO). 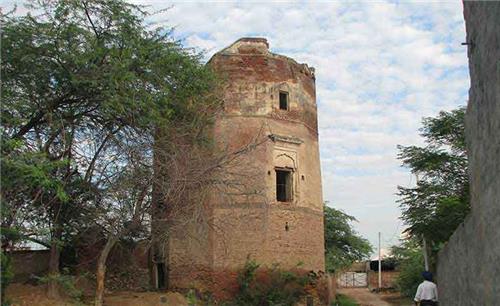 As we have already said, Pul Kanjari is located on the road to Lahore. Maharaja Ranjit Singh always stopped here for few days on his way to and from Lahore.  For that reason, he had a rest house built at this very spot.  Its construction followed the Persian style of architecture and had twelve doors placed in such a fashion so as to allow free flow air throughout the building. Since twelve in Punjabi ‘bara’ and with doors is ‘dari’ the house began to be known as Baradari.  It stands till today.

The Shiva Temple at Pul Kanjari

Apart from the Baradari, the Maharaja built a Shiva temple, a mosque, a Gurudwara and a sarovar. The temple is made out of Nanakshahi bricks. The interior of the temple is decorated with beautiful frescos; they can still be seen on its walls and ceilings. However, there were also paintings on its exterior walls; but they have been badly damaged.

The Sarovar at Pul Kanjari 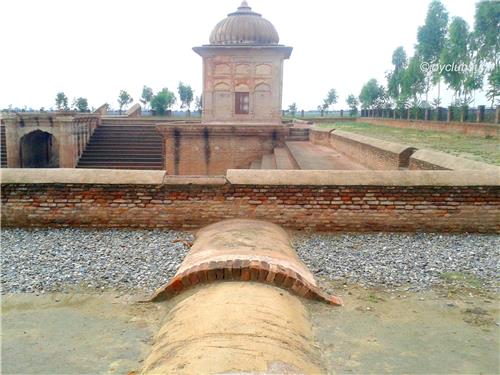 The Sarovar was originally a water storage tank. The water for the Sarvoar was brought from the nearby canal, which had been dug by Emperor Shah Jahan to water the Shalimar Garden in Lahore. River Ravi was its main source of its water. At one side of the tank there is a covered space for the use of the ladies while the gents had an open space earmarked for them.

The Bridge Across the Canal

The canal that Shah Jahan dug later played an important role in the history of this area. A Muslim 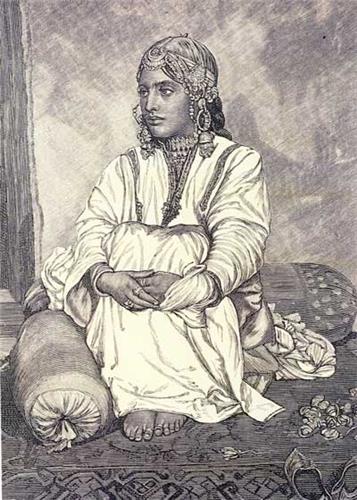 dancer named Moran used to live in Makhanpur village, not far away from Baradari.  Maharaja Ranjit Singh ji was very fond of her and so whenever he came here he would send for her. At that time there was no bridge across this canal and so Moran had to cross it on horseback wherever she was summoned to the Baradari.

One day while crossing the canal on horseback, one of her slippers slipped from her foot and got lost. It was made out of silver and was actually a preset from the Maharaja. Consequently, she was very upset. She had also been inconvenienced earlier and so she refused to perform unless the Maharaja promised to build a bridge across the canal. Seeing her so perturbed, the Maharaja gave immediate order to that effect. 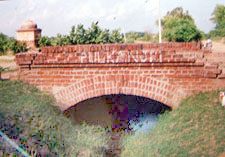 The bridge was built with biscuit bricks, popularly known as Lahori bricks. These bricks were characteristic of the Mughal era and were used in the construction of Red Fort. In Taj Mahal also we see use of such bricks. Since the bridge was built in the honor of a dancer, which in Punjabi is called kanjari, the bridge began to be known as Pul Kanjari. It is in existence even to this day.

The opening of the bridge had a great commercial outcome for the area. Traders from far and near began to set up their units in this village and very soon it became an important trading outpost between Lahore and Amritsar. 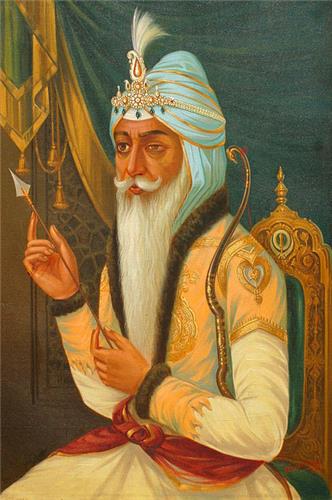 As we have said, Kanjari in Punjabi means dancer. Researchers also say that Kanjari comes from the Persian word Kanchani, which means dipped in gold. Although the word is used derogatively today, it was not so in those days.

Earlier the status of a dancer was quite high. These women were not only trained in all branches of arts, but were highly educated. Besides, they were epitome of social etiquettes and sought after by men of high position. In addition, they were independent lot and had the right to decide their own fate. If they wanted to live independently, they could do so and if they ever wanted to get married, they generally chose wealthy and powerful men. Moran was one such woman.

It is believed that Maharaja Ranjit Singh ji was in love with Moran and it went beyond the physical aspect of it.  To sanctify his love and also to send a message to the people at large he decided to marry her. Since she was a Muslim and he a Sikh, there were obstacles from all sides. The Maharaja was summoned to the Akal Takht and was awarded the punishment of public flogging. Ranjit Singh ji accepted the punishment and bared his back. Finally, the punishment was reduced to a fine. He ultimately married Moran and she soon became his most favorite queen. However, due to palace intrigues, Maharani Moran later shifted to Pathankot and decided to live off her jagir. 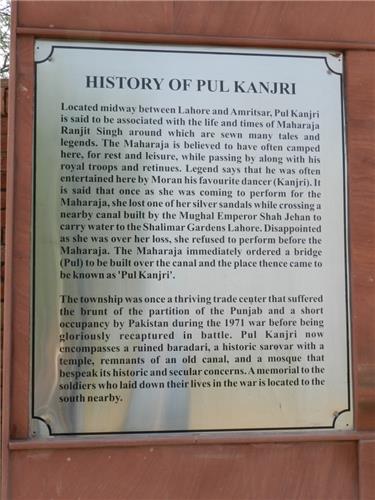 The golden days of Pul Kanjari ended with the partition of Punjab. Within ten days, the town was attacked by rioters belonging to Kabaili sect of newly formed Pakistan. People were not only butchered, but the historic edifices also suffered damages. Those who survived left the village to settle elsewhere. However, every year on 2nd of August every year, they all come back to the village to pay homage to their ancestors.

The village was also captured by Pakistani soldiers during Indo Pak war in 1965 and also in 1971. Each time it was liberated by our brave jawans. A war memorial has been built here to commemorate the sacrifice of the soldiers of Sikh Regiment. They sacrificed their own life to neutralize the guns of Pakistani attackers. 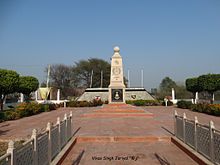 Since the word Kanjari has a derogative connotation, there has been a consistent demand to rename the village as Pul Moran. Indeed, researchers such as Manveen Sandhu have been able to establish that Moran was not just a nautch girl running after a good life. She came from a family of entertainers known as Tawaif and that Maharaja Ranjit Singh ji did marry her, not only for love, but also to establish social reforms. It has also been established that Moran also took active part in the betterment of the society and was an able consort of the King. In 2011, the Government finally changed the name of the village and it became Pul Moran.

How to Reach Pul Moran

The village is located at a distance of 35 km from Amritsar and 5 km from Wagha Border. If you start from Amritsar, you must first cross Atari and then proceed for 500 yards. You will then find a road taking off from the right side towards Attalgarh. Pul Moran is located at the end of this road.

Explore more about About Amritsar