The word Amritsar means pool of nectar, a name the city was derived from a lake in the Golden Temple by Sikh Guru Ram Das. In historical reference, Amritsar is regarded as Ramdaspur. Speaking of a more common name of the city, Ambarsar is what the locals call this Golden city.
Amritsar has a great history which goes right to the Mughal period to the Partition of 1947 and its aftermath. Being a religious city, the sentiments of the Sikhs played an important role in many events of the past. 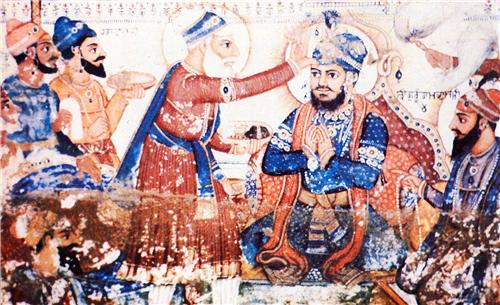 The origin of Amritsar lies in the village of Tung. A lake founded by the fourth Sikh Guru Ram Das was what gave rise to the name Amritsar in 1574. After purchasing the land from its Tung owners, developments started, with religious progressions being at the top of the process. The township as desired by the Guru was to be based on a sacred space, which when got completed in 1577, saw devotees coming from all over to pay homage.

Mughal Era in History of Amritsar

Amritsar soon after its formation was one of the best connected and growing cities. As a result, there was a direct notice of its welfare by other states. During the Mughal Period in Punjab, Amritsar, then known as Ramdaspur was controlled by Guru Hargobind. Soon, Amritsar witnessed many interferences and conflicts with the Mughal rulers as a result of which the Guru left the city. To what had been a developing city, now saw a downfall and it took centuries to bring it closer to the lost point.

It was after many years that Amritsar regained its status with the Khalsa leaders doing the best in their capability for the betterment of the city. The city saw spacious areas being built which consisted of houses, gardens, markets where people gathered in large numbers. It was during this time that the town came to be known as Amritsar from its earlier historic name Ramdaspur. Gradually, Amritsar witnessed expansion as now there was security, space and a lifestyle one could follow in this city.

British Era in History of Amritsar 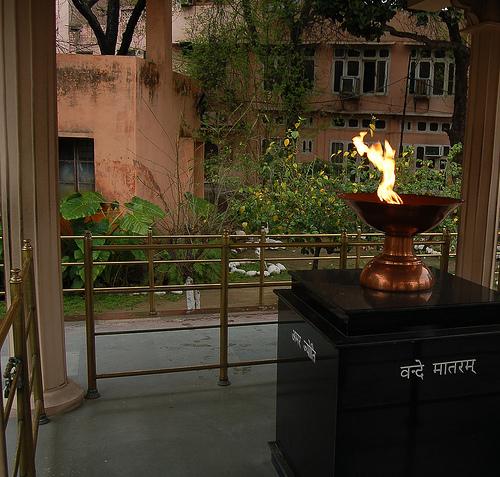 Amritsar was now regarded as a land of Sikhs. Its religious space, the population mostly comprised of Sikhs from all walks of life. During the British Rule, when the entire country was ruled by the colonists, Amritsar witnessed it own turbulence. The city, which was happily prospering became a silent one. All this happened during the massacre of Jallianwala Bagh in 1919. Till date, this day reminds the locals of the tragic times and how innocent lives were lost during the unrest.

It was during the sacred festival of Baisakhi when Sikhs, Muslims and Hindus who had gathered in Jallianwala Bagh were shot dead in a mere span of ten minutes. This bloodshed is still marked in the parts of the site where you can even today see bullet marks from the firings. This however was never forgotten and led to much unrest in the city. The anger did not die down and the British military force was looked upon with much wrath.

The division of India ruled by the British into India and Pakistan had a large impact on Amritsar. With this division, Punjab too was divided among the two separate countries. Amritsar was now the border between the two countries where differences were visible for years after the partition. Many families got separated in this process and many had to leave their households and move to a different part altogether.

Anti-Muslim riots took place in Amritsar which brought major unrest among the people who fled in no time to another land. Lahore too faced the same unrest with many Hindus and Sikhs leaving everything behind and moving to Amritsar. The trauma of partition made a deep mark in the lives of those who suffered. The country got freedom from the British but the level of communal violence led to one incident after the other with lives lost for no reason. 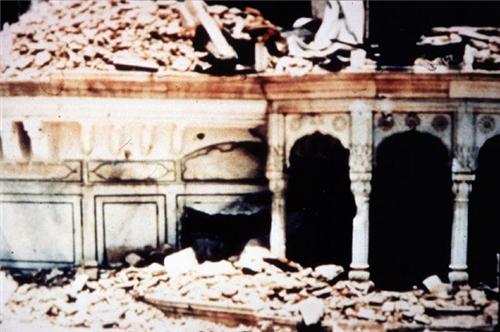 (Source: pinterest)
Amritsar’s history also tracks back to terrorism which had led to a major downfall of the city. Gun shots became a common thing here and people were scared to leave their households. Under the governance of Indira Gandhi, India’s Prime Minister in 1984, Operation Blue Star took place, the events of which are debated till date. The purpose was to evacuate Sikh militants from Golden Temple, Amritsar. 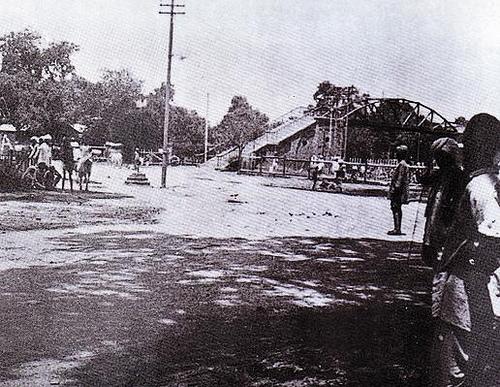 (Source: flickr)
The same was conducted but the result saw major criticism and a rise of a whole new level of violence. Later, the Sikh bodyguards of the Prime Minister assassinated her, post which thousands of Sikhs were killed. The historical significance of this event was not only of a severe impact in Amritsar but major parts of India including New Delhi. Sikhs were cornered everywhere and shot leading to uncontrollable riots.