The historical importance of Amritsar can never fade away. This is so because, the impact of some events continue to stay amidst the people of the city. A land of Sikhs, there has been events which are remembered when in the spots where they occurred. Right from a massacre to a patriotic spot, these make for widely famous tourist spots.
The old times are restored to the best possible way. It is a great place to be for students and the younger generation which has only heard about these places. You will get to learn about the heroes of freedom struggle, the events that remain at the top of national freedom and more.

These famous historical spots of Amritsar are a living example of the culture of the city. It makes Amritsar different from other tourist destinations for there is a lot for one to learn. You come across old times and the charm to know more and more about it stays on. There is immense care taken in order to make these sites look as beautiful as they were when established. 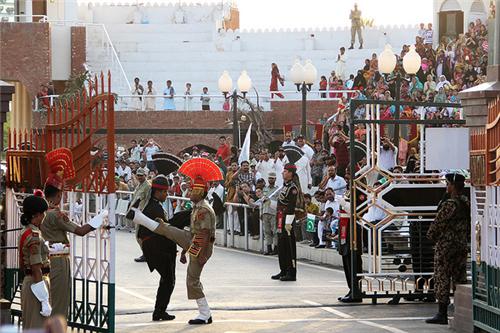 Amritsar is situated very close to Pakistan and the border which divides the two countries is known as Wagah Border. At this border, patriotism and sense of brotherhood is felt to a great degree. This remains the only spot in the country where the differences of any sort are overlooked and both countries celebrate the patriotic spirit. Every evening, ceremonies like the Change of Guards becomes a site to watch as spectators fill the area in large numbers.
The mood is such that people jump to dance seeing soldiers of both nations come together in peace and brotherhood. Wagah Border is a must visit and tourists ensure to be here. The travel time is about forty minutes from the main city of Amritsar and easy commuting ways can be found. Wagah Border has people from nearby areas come in every day to see the events taking place. The celebration thus continues with each passing day with great zeal.

Jallianwala Bagh as a historical spot takes you back to the time of freedom struggle of India. It was back during the British Rule that Jallianwala Bagh witnessed a tragic incident. The massacre that took place on the command of a British General took lives of many innocent people.
The gunshots still send a shiver down the spine of those who have witnessed those times. At this spot, you can see the gunshot marks. The massacre was of such a grave nature that it is regarded as one of the most tragic and important event when we speak of the British rule in India. People come here to pay homage o those who lost their lives and recall the times of great struggle. 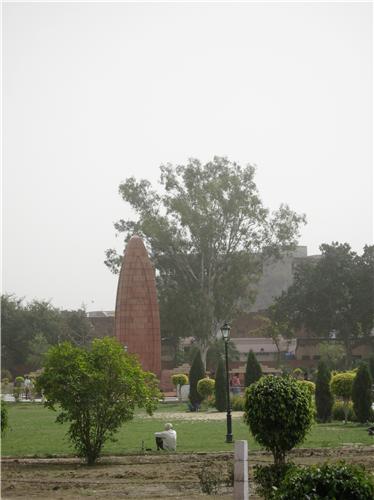 This very site takes you back to time of Maharaja Ranjit Singh. Pul Kanjari, a bridge was built by the Maharaja for a young dancer. The story states that one of her shoe had fallen off and the bridge was built in order to make a crossing for her. Pul Kanjari has been spoken off and written about widely when speaking about the culture of Amritsar.
There have been much documentation and articles of great relevance which help one understand the heritage of Amritsar. Also, the fact that there is a mosque, templs and gurudwara all together at this historical spot, says a lot about it. The villagers and tourists from all over make sure to visit this heritage site.

There is a story about each of such places in Amritsar. It may sound tragic in present times but also remind you of the bravery. The historical relevance of this place once again recalls the time of freedom struggle. The British rule was a time of unrest in the country and a very long period in Indian history. These spot is one which marks the contribution of those who fought heroically and led us to a free nation.

(Source: flickr)
As the name suggests, there is a huge Banyan tree at this spot, which is close to a famous garden of the city, Ram Bagh. This very location witnessed lynching way back during the rule and lives were lost. Just like the other sites of historical importance, this too speaks of the struggle and zeal of the people in setting free our nation.

Explore more about History of Amritsar